Tiara my Dad did for Queen of Jordan 8 years ago

Discover the magic of the internet at Imgur, a community powered entertainment destination. Lift your spirits with funny jokes, trending memes, entertaining gifs, inspiring stories, viral videos, and so much more. 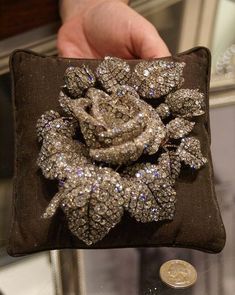 Created by Theodore Fester in 1855, the gold-and-silver-setting rose has about 250 carats of diamonds and was created for Princess Mathilde Bonaparte, Napoleon's niece. She owned one of Paris' most distinguished literary and artistic salons. When she died in 1904, the piece was auctioned and eventually sold by Cartier to Mrs. Cornelius Vanderbilt III, of the railroad Vanderbilts, who wore it at the waist or bodice for portraits and other formal occasions in her role as “Queen of Society.” 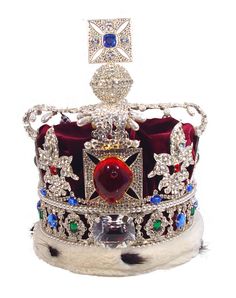 St Edward's Crown This crown is one of the most important of all the Crown Jewels. It is the crown which is used at the moment of coronation. The original, medieval crown was melted down by the Parliamentarians during Oliver Cromwell’s rule. When the monarchy was restored on 29th May 1660, new regalia had to… 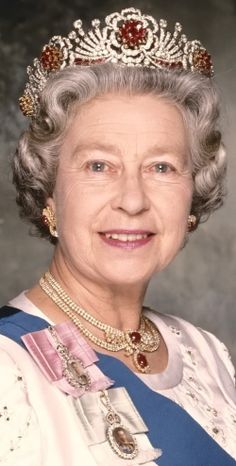 There is always something exciting happening in London. Each month, each season, each holiday brings a new experience that will add to your London memories. In order for you to immerse yourself in London's culture,

Neoclassical parure of gold and malachite that has belonged to Queen Sophia of Sweden and of Norway. Created by the jeweler Simon Petiteau in Paris, probably in the 1820s or 1830s. 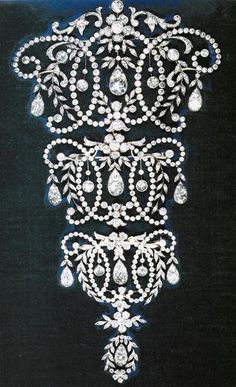 Queen Mary's Stomacher. 8 inches long, given to the Queen by Queen Mary in 1947 as a wedding gift. These were popular when women wore corsets, but now the Queen only wears one of the 3 sections of this piece. 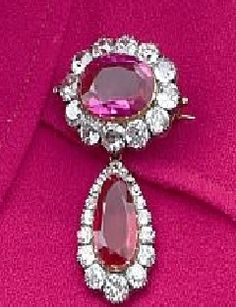 Queen Victoria's Crown Ruby Brooch. purchased along w/ necklace & earrings, from Garrard in 1854 by QV. Originally consisted of Opals & Diamonds & it's said around 1902 Queen Alexandra, Queen Consort altered pieces by replacing Opals w/ rubies THOUGH, per Suzy Menkes, of: The Royal Jewels, brooch not altered until 1926. Worn by Queen Elizabeth, Queen Mother with rest of parure & Oriental Circlet Tiara. Not seen since death in 2002. Worn firstly by QEII on 6/16/2015 to 2015 Royal Ascot Day 1

Tiaras of British Royal Family. hmm which do I wear today? 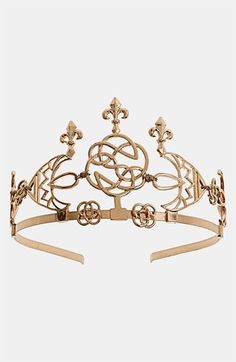 Free shipping and returns on Topshop Filigree Tiara at Nordstrom.com. Mixed traditional symbols from around the world embellish a goldtone tiara lashed together with wire for an edgy contemporary look. 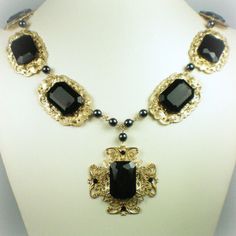 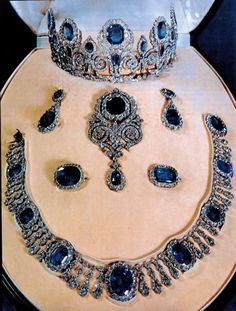 Part of the French Crown Jewels 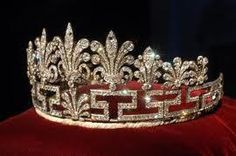 THE HONEYSUCKLE TIARA: The older of the two Spencer tiaras, it has been in the Spencer family since at least 1885. It looks heavy, and the feather motif along the top is spikey, while the bottom is quite angular and harsh. The tiara is in Greek key pattern popular at the time of its creation. Diamond honeysuckles rise from the Greek key pattern, gradually decreasing in size from the center to the sides. 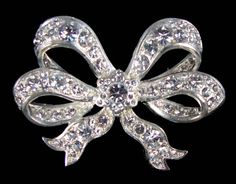 Diamond Scroll Brooch A little bit of history The diamond scroll brooch with the centre lozenge shaped emerald was made by taking the centre of the Stomacher and hanging the emerald drop from the Cullinan VIII Our replica is as near as possible to the original piece. The brooch is finished in silver plating Item…