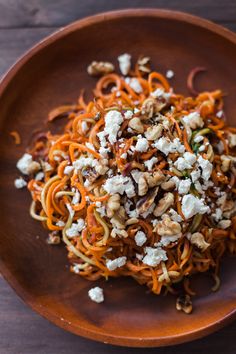 I don’t know about you, but these extra hours at the end of the night make me feel like I took off from work a few hours early to sip lemonade in my backyard. I have so much time! Well… kind of. I know how this works. Just go ahead and let me have myRead More 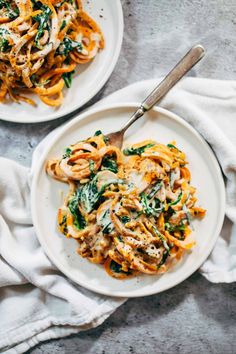 Carrot cake for breakfast? Why yes! These Carrot Cake Overnight Oats are a simple, hearty way to start your morning. Prep your oats at night! 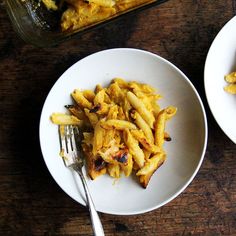 A riff on Al Forno's well-known and widely adored baked pasta, this one calls for making a butternut squash-sage sauce, which can be used on its own to coat boiled noodles, but works really well with this technique, too. I've used both mozzarella and fontina and like both. The original recipe, which I read about in Amanda and Merrill's A New Way to Dinner calls for 1 cup of heavy cream, but I've had success using 1/2 cup, perhaps because the butternut squash sauce tastes creamy on its own. 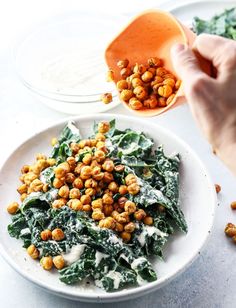 This Kale Caesar Salad recipe is made with a creamy garlic-tahini dressing, and topped with crunchy roasted chickpeas instead of croutons. It's addictive! 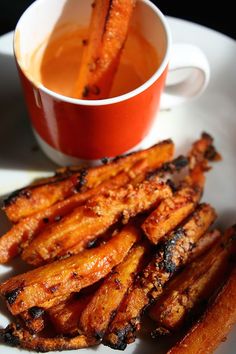 How to Make Better-for-You Carrot Fries (And a Dipping Sauce, Too!)

Watch out, French fries. There's a new side dish in town: carrot fries. They're easy to make, vegetarian-friendly and totally delicious. 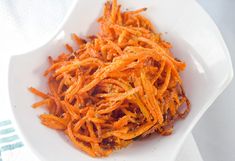